You can do and see more in Los Angeles, CA, apart from Hollywood and the Santa Monica Mountains. The sprawling city has long been a popular vacation destination for tourists and locals alike, thanks to an abundance of attractions and activities to engage in. 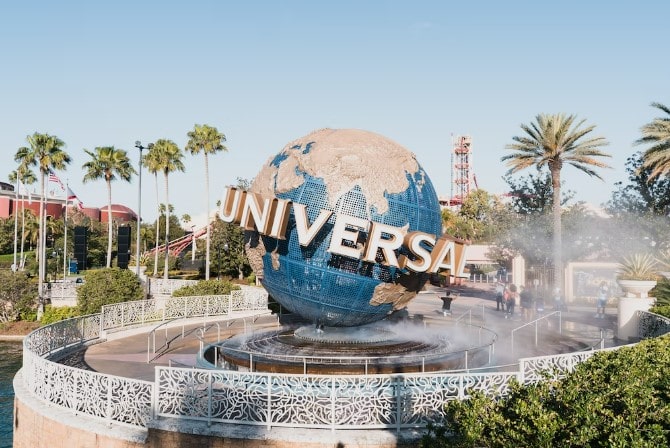 If you want the ride of your life when visiting Los Angeles, you must head to the Universal Studios Theme Park. It is a preferred destination for locals and tourists who want mind-blowing rides with a touch of Hollywood’s biggest releases.

Specifically, the park stands out for its perennially changing rides, meaning you are always in for something new in the game. Some famous movie and TV-themed rides and sets include Despicable Me Minion Mayhem, the Wizarding World of Harry Potter, Jurassic World – The Ride, The Simpsons, and Transformers.

Being a popular tourist destination, buying a Skip the Line: Front of Line Pass at Universal Studios Hollywood is advisable to avoid getting held up in the long queues. With this pass, you get a one-time fast entry into every ride in the park, as well as other attractions, shows, and more.

To spice up your trip, you can go on a guided tour of the studios to discover exciting details on how some of Universal’s movie sets came to be. This premium offering gives you access to sets and locations only a select few get to visit. 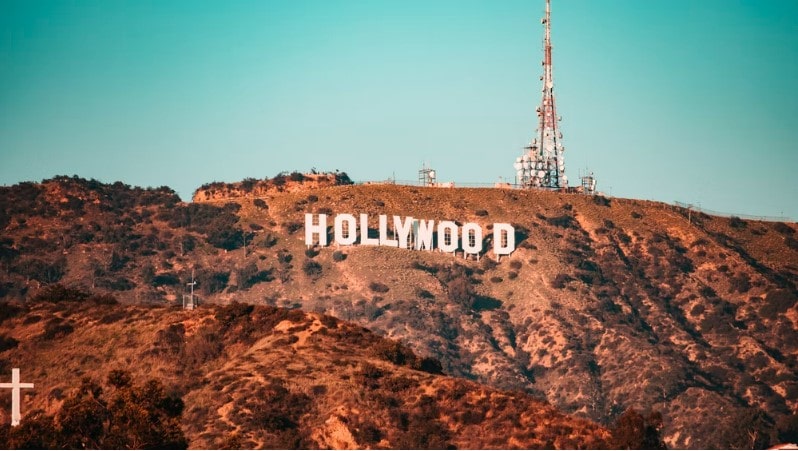 The world-famous Hollywood Sign is also one of the many tourist attractions in Los Angeles, in the Hollywood Hills. To get there, you need to head to Mount Lee, where you can check out the renowned sign from different angles.

3. The Hollywood Walk of Fame 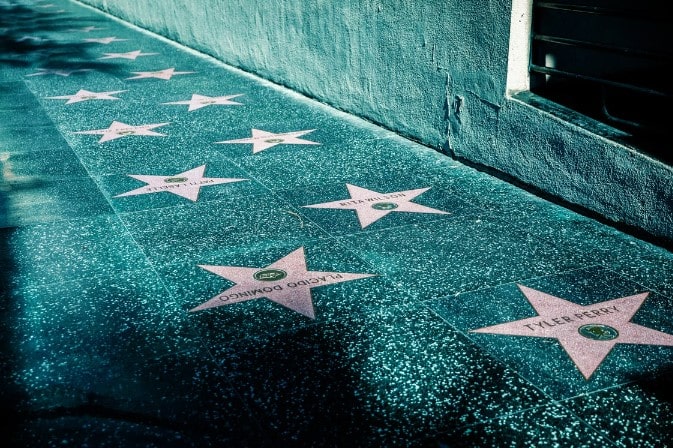 Among the many tourist attractions in Los Angeles is the Hollywood Walk of Fame, right in the heart of the famous Hollywood Boulevard. Head over there to find out which of your favorite celebrities have made it to the walk. 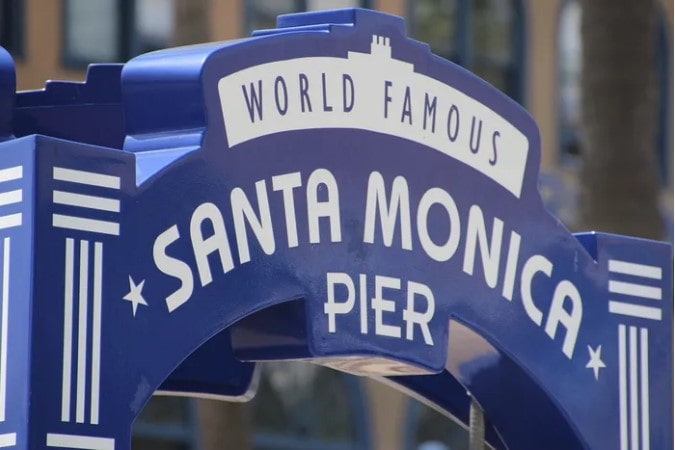 Another excellent destination to check out when visiting Los Angeles is the Santa Monica Pier. It is a particularly impressive location because it features many attractions. A great example is Pacific Park, a beachside amusement park with different rides. And to ensure that hunger pangs do not ruin your experience, several shops and eating options exist. 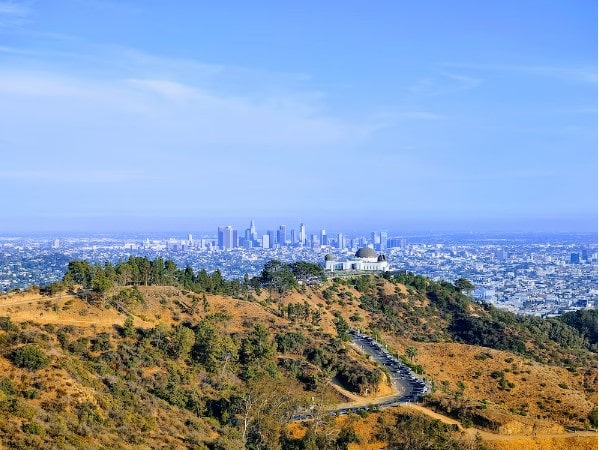 This park will give an incredible view of the City of Angels. Apart from that, you can hike on the many trails in the park if you feel like going for a stroll. Griffith Park is especially excellent destination for you if you want some fun outdoor activities. Other great sites in this location include the Griffith Observatory.

If you are fascinated by science and like to learn cool things about the world, then the California Science Center, located in Exposition Park in Los Angeles, is definitely a “must-visit”.

There is much to see here, including space exhibits like the retired Space Shuttle Endeavour in the Samuel Oschin Pavilion and the Apollo-Soyuz Test Project Command Module, which is from the first-ever crewed mission to space in 1975. You can also visit the In-Center Imax Theater for a film screening.

You can also see a variety of live wildlife which in different ecosystem adaptations, including desert, polar ice, deep sea, river, and so on. 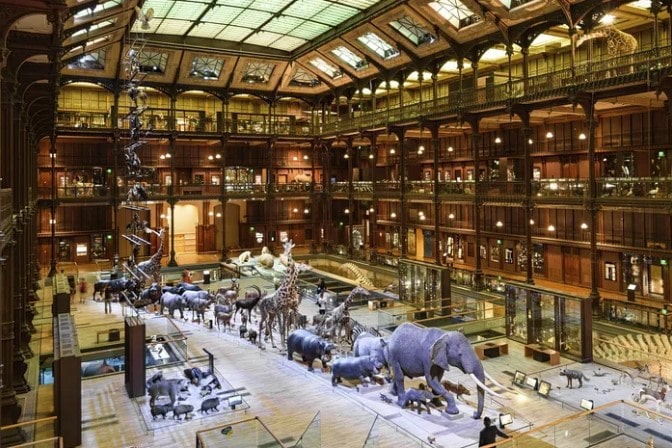 One of the most popular tourist attractions in Los Angeles is the Natural History Museum, once combined with the Los Angeles County Museum of Art. The museum is the largest natural and historical museum in the western US and features more than 30 million artifacts and specimens from more than 4.5 billion years.

So, what can you see in this museum? A lot, actually; from fossils, live native plants and animals, diamonds, gold, rubies, and other gems and minerals, and dinosaurs, including the terrifying T. Rex, just to name a few.

If you are ever near or in downtown Los Angeles, you definitely should pass by the Japanese American National Museum in Little Tokyo.

The museum, founded by Japanese American World War II veterans and Little Tokyo business people in 1992, has quickly grown to become one of the best Los Angeles attractions.

If you are a car enthusiast, you will be more than happy to spend a couple of hours exploring one of the world’s largest collections of automobiles.

The Petersen Automotive Museum, which you will find on Wilshire Boulevard as you drive along Museum Row in the Miracle Mile neighborhood of Los Angeles, boasts of being among the world’s largest automotive museums.

The museum specializes in anything and everything automotive and features some of the rarest and most iconic cars, trucks, and motorcycles spanning over a century of automotive history.

You will also get to see, first-hand, the turn of the 20th century; presidential cars, Hollywood celebrity cars, American classics, award-winning cars, and many innovative as well as surprising vehicles that you will probably be seeing for the first time. 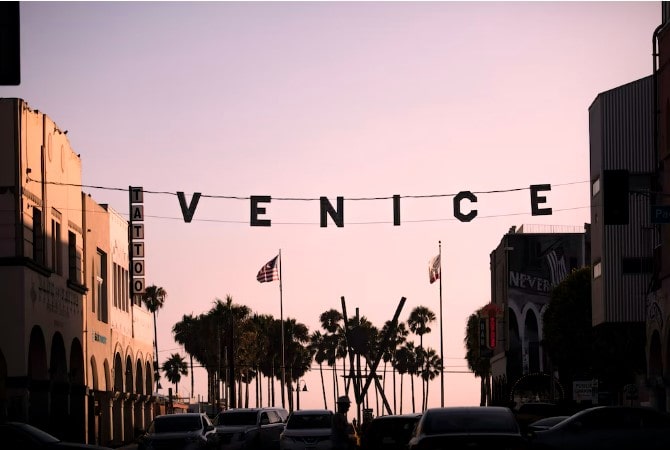 And, of course, you cannot complete a Los Angeles tour without experiencing its breathtaking beaches. Venice Beach is one of the most famous spots in Los Angeles, being known for its “eccentric oceanfront boardwalk,” a 2-and-a-half-mile pedestrian walk lined with vendors and all sorts of performers.

The beach itself is a prime spot for surfing or even sunbathing. Basically, there are a bunch of things you can do at Venice Beach and plenty of restaurants to enjoy by the sea. 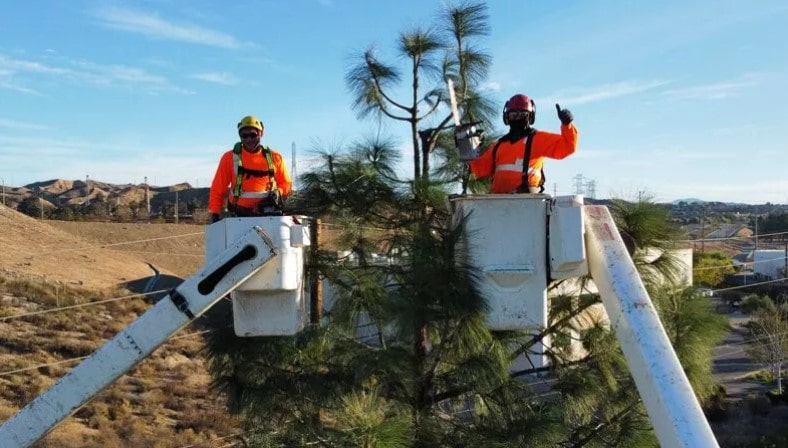 Los Angeles is, without a doubt, one of the most beautiful cities in America, with lots of top tourist attractions and more than a few landmarks. And part of what makes it so scenic is the trees. After all, it is home to the most famous palm tree-lined street, Sunset Boulevard.

For more about our

Here is a roundup of the top 10 attractions you might want to visit whenever you are in the City of Angels.

Our team of certified arborists boast a vast knowledge of tree services, making us the top choice in full-spectrum tree care and property services. Our work helps to improve the safety of residential and commercial properties that play home to trees of all sizes.

Fill Out The Form Below

To Get Your Free Estimate!